Struggles for reproductive rights: strategies for de-stigmatizing abortion in Ireland and Poland

Anti-abortion groups often claim that their aim is to protect women from the alleged negative consequences of abortion, but in practice, they continuously stigmatize women who undergo this procedure. In anti-abortion propaganda, abortion is portrayed as a deviation from the norm, as something shameful and immoral, or as a source of social evil and personal unhappiness for the women who choose to terminate their pregnancy. This strategy effectively limits access to abortion, especially for marginalized populations, including economically disadvantaged people, minority groups, and migrants. Thus, it is of crucial importance to address stigmatization and effectively counteract ultraconservative discourse.

An analysis of the strategies for identifying and opposing stigmatization of abortion in Ireland and Poland published in Sexual and Reproductive Rights Matters aims to show how women’s organizations responded to anti-abortion claims in campaigns, aimed in one context at resisting further restrictions on abortion, and in another at repealing a near total prohibition. We focus on the mass mobilization of Polish women against the abortion ban proposal[1] in 2016 and Repeal the 8th! Campaign[2] in Ireland spanning between 2016-2018.

Until recently, abortion was banned in both countries mostly due to the continuous relevance and political power of the Catholic Church, which results in the stigmatization of abortion as unnatural, immoral, and ethically reprehensible. In Ireland, abortion under all circumstances was criminalized in 1983 when the 8th Amendment was introduced. In Poland, however, restrictive laws concerning this issue were introduced a decade later when abortion became illegal with three exceptions: when the fetus is severely damaged, when pregnancy is caused by rape or incest, or when the life or health of the pregnant woman is in danger. Restrictive laws forced both Irish and Polish women to seek reproductive healthcare either through local underground services or abroad which resulted in endangering women’s health and several cases of maternal death, including the highly publicized case of Dr Savita Halappanavar who died following the denial of her request for the termination of her pregnancy at an Irish hospital.

In Ireland, the women’s movement aimed to repeal a prohibition on abortion, while in Poland the goal was to oppose further restrictions. In both countries, however, the women’s movements based their campaigns on emotions such as empathy and solidarity and presented abortion as a common aspect of reproductive rights rather than an exception or anomaly. Polish activists emphasised how all women would suffer and some die if the ban were introduced. Similar arguments were used in Ireland, where the abortion rights coalition highlighted the harm that a constitutional ban on abortion would create for women, depriving them of much needed healthcare services.

Notably, the goal of making abortion safe, free, and legal, was de-emphasized in both campaigns and instead, activists focused on language rooted in family and maternal values, emphasizing compassion, care, and empathy. This trend was particularly visible during the early stage of mobilization in Poland, when the demand for liberalization of the existing law did not feature prominently. In Ireland, repealing the 8th Amendment was often portrayed as a merciful solution for parents seeking a termination of an inviable pregnancy. As one Irish activist explained in an anonymous research interview, this strategy was deemed particularly effective in “putting a face to the argument and pulling people towards the idea of mothers and families requiring better healthcare”. Stories of women and families seeking abortion abroad were publicized to show that abortion, when illegal, was isolating, unsafe and harrowing especially for parents experiencing fatal fetal abnormality. Such stories evoked empathy and helped to de-stigmatize abortion, showing that restrictions harm not only pregnant women, but entire families and communities.

The approach employed by the Polish women’s movement highlighted the high price that women and families pay for the lack of reproductive healthcare. Even though only a few women went public with their personal stories, the opponents of the abortion ban coined a phrase “barbaric law” to suggest the severity and inhumanity of the law. Women’s suffering, loss of dignity, and bodily integrity was invoked with slogans such as “Stop torturing women.” “Women are not incubators!”, “We refuse to die so that you can keep a clear conscience!” or “I refuse to be your martyr”. 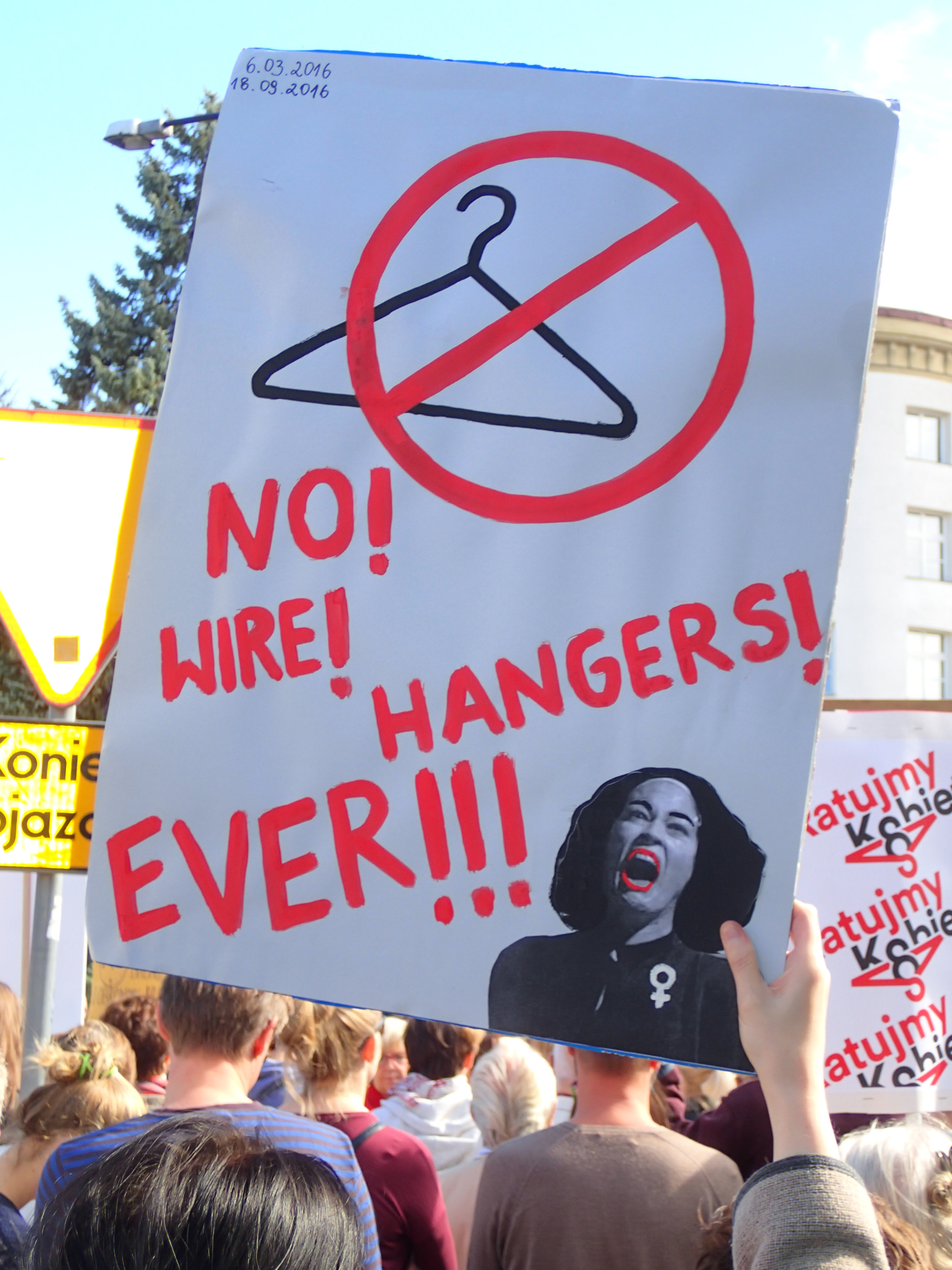 Both campaigns brought about significant gains for women’s movements. In Ireland for example, the 8th Amendment was repealed and the abortion ban in Poland was buried in parliamentary commissions. The arguments used by Irish and Polish activists resonated with supporters and political elites which helped secure the desired outcomes. Focusing on women’s experiences and needs, and the use of highly emotive and affective content worked to de-stigmatize abortion for many and even empowered some to share their personal experiences. While mobilization in both contexts framed abortion in ways that challenged stigma attached to this issue, it should be noted that generalized and empathetic messaging conformed to some aspects of well-established cultural norms on motherhood and abortion. Focusing on suffering and mothers’ bereavement can be costly for those whose claims and needs require more fundamental change, including women who simply do not wish to become mothers, or minority women, whose reproductive decisions are embedded in a complex matrix of cultural, legal and economic constraints.

Abortion continues to be a politically relevant issue in both Poland and Ireland, where access is still stigmatized. Most recently, Covid-19 has had deeply gendered effects. A largely gender blind public health response has created risks to abortion care in both contexts and beyond. In Ireland, activists secured a telemedicine approach to abortion referrals framing the service as essential healthcare that could not be deferred during the pandemic. In Poland, efforts by conservative political elites to further restrict access to abortion have been met with innovative protests that warn against the exploitation of Covid-19 to restrict women’s reproductive rights. The challenge now lies in highlighting pandemic-related social suffering of all women, but especially the most vulnerable, while defending hard won access to sexual and reproductive healthcare.

[1] In Poland, religious fundamentalists and anti-abortion coalitions proposed a bill that included the threat of criminal prosecution for both women and medical personnel conducting the procedure and stipulated that a person responsible for “fetal murder” could face up to 3 years in prison. To oppose the bill, the Polish feminist movement initiated a campaign against the proposal. Mass protests resulted not only in the rejection of the abortion ban bill by the parliament in October 2016, but also in a significant shift in the public opinion regarding abortion. In 2016, 37% of survey respondents thought that abortion should be liberalized, and in contrast, in 2018, already 46% of respondents shared this opinion.

[2] In Ireland, the campaign against the 8th Amendment was foregrounded in decades of activism but was reignited in 2017 after the Citizens’ Assembly recommended legislative and constitutional reforms, which would amount to safe legal abortion in the country. Consequently, the government scheduled a referendum on the constitutional ban that took place on May 25, 2018. Although polling in advance of the referendum indicated a close margin between those supporting and opposing repeal, in the end 66.4% of the Irish people opted resoundingly for repeal.